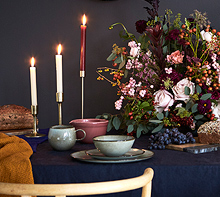 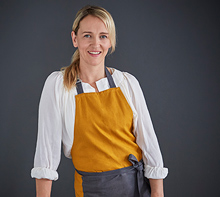 Helen James - About the designer 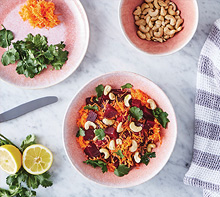 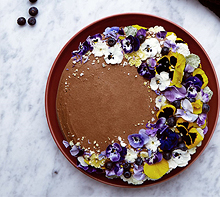 Many years ago I went for breakfast in a café on Houston Street in New York. I ate thick plain yoghurt with granola that was made on site, and for a time I became pretty obsessed with that granola. I never asked them for the recipe and when I returned several months later the restaurant had gone; as is the case in NYC, things turn around fast. For years I tried to recreate that flavour, adding molasses, dark syrup and trying every recipe I could in the hope that one day I would reach granola nirvana. I forgot about it then until I made a sugar free granola... And there it was, that granola from Houston Street! The elusive ingredient was actually the omission of sugar, which allows the flavours of the roasted nuts and oats to stand proud. A little cinnamon and vanilla add an extra layer, too. So this is my Houston Street granola that's delicious and good for you. Maybe you will become just as obsessed as I did. 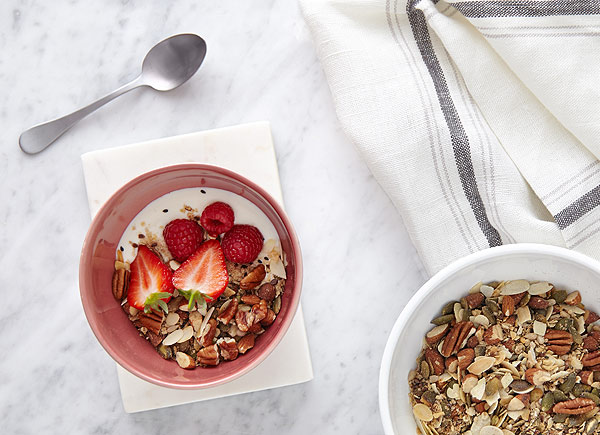 
Considered by Helen James is available at selected stores